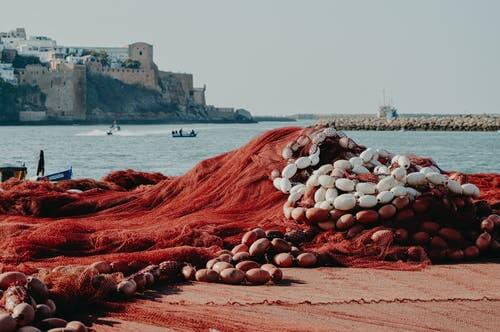 Located on the Atlantic coast between the two big touristic cities, Casablanca and Agadir, Safi, also called Asfi, is a historic city which will redirect you back in time through its ancient buildings and streets. Its richness in folklore, crafts, and history seduce culture lovers and offer a lovely experience!

What To See In Safi:

The city will surprise you with its remarkably defensive architecture, its monumental gate which opens onto the ocean, and its merchant port which provides life and activity. Safi offers more than 150km of the Atlantic coast, which attracts tourists from all over the world. It is, also, rich in folklore and traditional music such as the famous Fantasia (an equestrian sport reflecting a Berber military tradition.

Renowned in the kingdom and all around the world for its incomparable ceramics and exceptional pottery( the clay is of excellent quality), Safi is an ideal place for fans of ceramic art. A shopping mall runs all along the hill as well as in the small adjacent alleys and provides artistic pieces of all shapes and colors.

What To Eat In Safi:

The reputation of the culinary art in Safi is well established either inside Morocco or out of the country’s borders. Some authentic dishes are typically Safiote and some are either borrowed from the rich Judeo-Moroccan cuisine or imported from other regions with the Safiot touch.

Safi is a city of the sea and the capital of sardines. The fish richness influenced Safiote cuisine and give it another dimension. Dishes prepared with fish such as tagines, stuffed, grills, and even couscous will allow you to discover unique tastes and flavors.

Safi is one of the oldest cities in Morocco and North Africa (unfortunately, the date of foundation is unknown). Some historians talked about Phenicians then Romans in the region but nothing is proved.

In the 12th century, Safi was the port of Marrakech, the capital of the Almohad empire. The City of the surrounding sea was enriched two centuries later (during the reign of Aboul Hassan Al Marini), by different institutions such as a hospital and a madrasa. The importance of Safi increased and it became an important trading point that linked with many European cities like Genoa and Seville.

In 1508, Safi is occupied by the Portuguese, by order of their king, Emmanuel the Fortunate. The city was Enlarged and fortified more and more. This occupation lasted 32 years until the Saadians besieged it and forced the Portuguese to evacuate the square in 1541. Under the Saadians, Safi has linked again to Marrakech and remains one of the most important ports in Morocco. It was, also, the seat of foreign consulates and participated in the trading relationship with Europe. The French consul, for example, had his residence in Safi and it is within its walls that the commander of Rasilly signed on behalf of Louis XIII several trade treaties between France and the “Cherifan” Empire”, In the 17th century.

During the 20th century, the importance of Safi-port increased and was subject to progressive extensions. The export of phosphates (Morocco is the largest exporter of phosphates) and the growth of the fishing fleet (leading sardine port for fishing and canning in the world in the 1950s) made this port a real source of life for the city.

Safi, the famous city of pottery, is a living and dynamic city today and offers an unforgettable experience to visitors.

The Kechla (citadel), whose outer walls are made up of Portuguese fortifications (early 16th century), was built around 1700. We will see the patio, some rooms with old woodwork, the ramparts with their old cannons and we will admire especially, from the highest point of the fortress, the panorama on the medina, the district of R’Bat and the Ocean.

A fortress built by the Portuguese around 1510 and restored in 1963. A ramp leads to a terrace still equipped with old cannons. From there, view of the city dominated by Kechla, the cliffs of the R’Bat district, the sea, and Cape Safi.

This chapel, dedicated to St. Catherine, was built by the Portuguese at the beginning of the 16th century. It has a beautiful vault with a cross vault. Around the central keystone, decorated with a cartouche with the arms of Portugal, are arranged 8 medallions whose sculptures represent religious or royal emblems.

The pottery of Safi was always famous and unique. Thanks to the support of the service of Moroccan Arts and the coming of artists from Fez, it has regained its old vogue. You will visit the workshops of turning and decoration where the beautiful vases of Safi are elaborated before firing in primitive kilns.

Also called the Kasbah El Alla, Dar Soltan is built at the time of the Almohads represents a very rich memory of the sea city. Today it has become a cultural temple after having served militarily in the past. the monument is so attractive and houses the National Museum of Ceramics.

Around the 18th century, the fortress was transformed into a residence seat for the Alaouite kings and princes who built a house called the “Bahia”; what explains the name Dar Es-Soltan (House of the Sultan) which is given to this fortress. Currently, the monument houses the National Museum of Ceramics.

The souks, like all the souks of Morocco, are generally full of life and their visit is attractive.

On this place of Safi, is the largest tagine pot in the world; beautiful architecture and admirable piece of art.

The two popular beaches one should visit, are Souiriya beach; a seaside with all the needed facilities, and Lalla Fatna beach; famous for surfing activity.